The FDC (Civil Law Initiative) was founded in 2007 as an organisation to allow legal professionals from Romano-Germanic legal systems to express their views in international forums, which concern over two-thirds of the world's countries, i.e. 56.4% of global GDP and 60% of the global population.

This initiative arose from the combined efforts of the government authorities, Caisse des dépôts et consignations, the legal and judicial professions, and major international corporations. 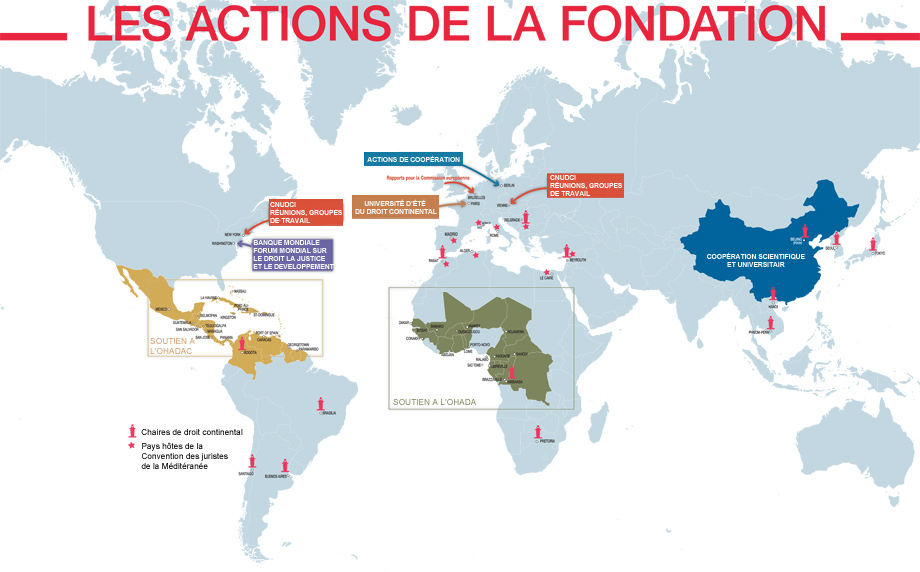