This article is for the newsletter: Newsletter January 2011 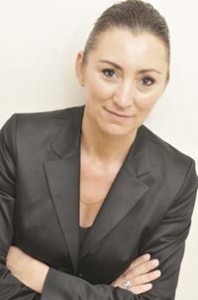 Why did the Caisse des Dépôts decide to join the Foundation?

There are several reasons that explain the Caisse des Dépôts’ participation as a founding member of the Fondation pour le droit continental.

The Foundation was created to promote and develop civil law in order to contribute to the balance between legal systems within a context of competition between these systems, which are both reflections as well as tools of economic competition in a globalized world. Its primary purpose is to concretely explain the benefits of civil law as a vector of legal certainty and thus of economic competitiveness.

There is a real coherence between the support that the Caisse des Dépôts provides to the Foundation and its renewed identity as a long-term investor. It’s because we really feel that our legal system provides real competitive advantages for our country and that it contributes to the attractiveness of its economy, but also because it’s good in the long-term for legal certainty and for investments in particular.

Civil law is written, often codified, secure, protective and accessible to most people. Thus, for us, it is very closely associated with the transparency of our legal system and with the parties’ certainty. To use the very concrete example of real estate transactions, for which the ratio of disputed transactions is fifty times lower in civil law countries as compared to the rate noted in common law countries, this example indeed shows that litigation risks are minimized for property ownership rights, which are such an essential aspect of economic life.

By joining the Foundation, the Caisse des Dépôts is strengthening its general interest, economic development and long-term investor missions.

What makes the Caisse des Dépôts original compared with the various partners associated with the Foundation?

The Caisse des Dépôts’ missions are expressed in different terms, especially as the public service banker for legal proceedings and its partnership with the Ministry of Justice. The Caisse des Dépôts is obviously first of all a regulated provider of banking services to the legal professions that handle third party funds. In addition, it provides differentiated services and its know-how to the Ministry of Justice in the context of technology partnerships. Finally, and this is the third axis of this relationship, the Caisse des Dépôts co-invests along with the Chancellery and the legal profession in order to improve legal certainty and to defend civil law. This multiple partner relationship – Chancellery, Law professions – constitutes the Caisse des Dépôts’ originality, which is linked to both its institutional stature and its mission to serve the public interest and the country’s economic development, and, finally, to its capacity as a provider of services with recognized certainty and transparency. The purpose of the Caisse des Dépôts’ presence within the foundation is not to promote its own interests, but is related to this original multi-dimensional relationship with the major actors in our legal system.

What place does the Foundation occupy in the legal and economic landscape?

The Foundation holds an important place in the legal and economic landscape. First, by its original positioning, and then by its action.

The Foundation’s positioning makes it an original creation since it includes actors from very different backgrounds: the public authorities, the regulated legal professions, universities and private companies. Its statutory bodies, its permanent international presence and its extensive network of partners allow it to direct its focus beyond Europe’s borders; and it thus promotes the international presence of the legal professions that belong to the civil legal system.

Secondly, although it is a recent creation, the Foundation is important due to its activities and the visibility that these give to it. It functions as a spearhead in the struggle to influence the international balance of legal traditions. This struggle for influence is obviously not the lost cause that some would have us believe.

The Foundation’s contribution to the dissemination of, and training in, civil law is significant, through the training provided to students and experts or the chairs in civil law created abroad, by the translation of books, and through academic cooperation (thesis prizes in China, scholarships and summer schools). This activity is highly appreciated and very important.

Tomorrow, the Fondation pour le droit continental is seeking to expand its support in the business world. This seems to me to be essential if we want it to successfully develop in Europe’s direction. European institutions are in no way averse to civil law. But to get them interested will require a very pragmatic demonstration of the self-interest it represents for European economic players, especially in terms of legal certainty. This ability to recognize the economic value of civil law seems to me to be a very important part of the Foundation’s action plan for the coming years.