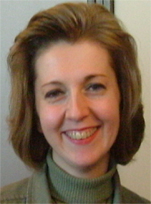 by Anne-Catherine de Bruchard, director of the Foundation’s office in Brussels

The European Parliament’s resolution adopted its position on European Contract Law (Wallis Report), which was widely approved by 521 votes versus 145. The resolution was pronounced in favor of an optional instrument (option 4), which would take the form of a settlement and would be accompanied by a “toolbox”.

It should be particularly noted that it is written in § 16: “should be observed that the provisions of contract law applicable to B2B and B2C contracts should be developed in a differentiated manner, in accordance with the common traditions of the national legal systems giving special attention to protecting the weaker contracting party, namely the consumer,” and in § 40: “given the challenges of harmonizing the legal systems not only of the Member States, but also of the regions endowed with jurisdiction in these matters, an optional instrument could be a more feasible solution as it is synonymous with added value for consumers and businesses;”

The European Commission plans to publish its legislative proposal in autumn 2011.

The European Parliament resolution
The reaction of the European Commission

Following long and difficult negotiations, the representatives of the European Parliament, the Council and the Commission, meeting for a three-way dialogue, reached an agreement on the contents of the Directive on Consumer Rights in Europe.

Approved in plenary session by the European Parliament on June 23, 2011 (Schwab report), the text will be formally adopted by the Council after the summer, before publication in the Official Journal of the EU probably in October 2011. Member States will then have two years to incorporate the new rules into their national legislation.

On June 18, 2011, Regulation (EC) No. 4/2009 on “Jurisdiction, Applicable Law, Acknowledgement and Enforcement of Decisions and Cooperation in Matters relating to Alimony” went into effect.

These new rules allow the effective recovery of alimony claims in cases with a cross-border dimension, which up until now often led to serious defaults. Any decision issued on the matter in one of the 27 EU countries will now be automatically enforceable in the other Member States.

The Court of Justice of the European Union has issued several decisions regarding access to the notary profession in Germany, Austria, Belgium, France, Greece, Luxembourg and Portugal.

In the ruling concerning France, the Court held that “the condition of nationality required in the French regulations concerning access to the notary profession constitutes discrimination on the grounds of nationality, which is prohibited by Article 43 EC” especially considering that even if notarial activities pursue general interest objectives, “they do not participate in the exercise of public authority within the meaning of the EC Treaty,” an exercise that is likely to provide exemption from the application of EU rules on freedom of establishment.

The French Ministry of Justice and Freedom has rapidly taken note of this decision by stating that it “has the effect of authorizing a European citizen to conduct business as a notary in the national territory as long as he meets the other conditions of access to the profession.”

Congress of the Notariats of Europe

On June 28, 2011, the Council of the Notariats of the European Union (CNUE) held its 3rd Congress of the Notaries of Europe in Brussels, which brought together several hundred participants.

The Fondation pour le droit continental is particularly pleased that Commissioner Michel Barnier has cited it in his closing speech and that he read an excerpt from the brochure “Continental Law: Global, Predictable, Flexible, Cost-effective.”

The Inaugural Congress of the European Law Institute (ELI) was held in Paris on June 1, 2011. Designed as a forum for discussions between legal scholars and practitioners, the ELI is an independent organization whose mission is to strengthen legal consistency in Europe by proposing reforms to EU legislation.

In welcoming the establishment of this Institute, European Commissioner Viviane Reding said “The Institute is likely to bring significant added value to legal research in Europe, to improve implementation of EU law and to help it to better serve citizens and businesses. I am confident that the European Law Institute will make the most of the rich diversity of European legal systems and will contribute to the emergence of a European legal culture.”

In order to modernize Directive 2005/36/EC on the recognition of professional qualifications, the European Commission launched a public consultation, open until September 20, 2011.

For Commissioner Michel Barnier, “updating this Directive is one of the priorities of the Single Market Act and will contribute to strengthening the competitiveness of the European economy, while stimulating growth and creating jobs. Professionals must be able to more easily travel to where there are work opportunities. As part of this modernization process, we will examine a number of important points, including the creation of a European professional ID card for the professions concerned and a review of the training requirements for certain professions.”

It should be recalled that this directive affects about 4,700 professions regulated by the various Member States of the EU.

In an opinion issued ahead of this resolution, the Legal Affairs Committee of the European Parliament stated that “the commercial orientation of the largest credit rating agencies on the market is based primarily on American business models, whereas the European business models, particularly SMEs, are barely reflected in their ratings.”

Among the twelve priority actions in the Single Market Act introduced in April 2011 is the reform of public procurement legislation.

As part of the preparation of this reform, the European Commission published a study evaluating the impact and effectiveness of EU legislation in this area. It appears that the current EU directives on public procurement have helped foster the emergence of a culture of transparency, introduced real competition among bidders, provided savings of up to 20 billion Euros and improved the quality of the results of public procurement.

The Commission also published a summary of the 623 responses that it received during the public consultation that it opened on this subject. The results show that the demands for reform focus specifically on simplification of procedures, improved market access, and promoting innovation.

At a conference on the modernization of European public procurement policy held in Brussels on June 30, 2011, Commissioner Michel Barnier presented the four major projects that it intends to initiate in this area by the end of 2011.

The European Commission published its Report on Competition Policy for 2010. Regarding the fortieth anniversary of the publication of these reports, it took the opportunity to summarize the history of the major developments in European competition policy during these four decades.

In a speech given on the occasion of the International Conference of the European Federation of Insurers (CEA), Commissioner Michel Barnier made an entire issue of insurance reform in Europe, namely the preparation of “Solvency 2,” the future reform of the directive on insurance intermediaries – which he plans to coordinate with the review of the Markets in Financial Instruments Directive (MiFID) and with the Packaged Retail Investment Products Initiative on financial products intended for individuals (PRIPs)- and the review of the Pension Fund Directive.

The Justice Council meeting of June 9 and 10, 2011 issued its findings on the 2010 Eurojust Annual Report. It should be noted that although it welcomes most of the actions, it is concerned about “reports of the national authorities’ limited use of the instruments provided for cooperation at the European level” and that, consequently, it “instantly asks the Member States to further strengthen assistance – in terms of training as well resources – provided to the competent authorities, in order to overcome these obstacles.”

The European Commission presented a draft directive establishing common minimum standards giving people suspected or accused in criminal proceedings -in any of the 27 countries of the EU- the right to access to a lawyer, as of their arrest, and to communicate with at least one person designated by them, such as a family member or employer, for example.

The European Commission has launched a public consultation on detention in the area of European justice, in the form of a Green Paper containing ten questions that bear in particular on the conditions of detention and on alternatives to temporary custody.

For European Commissioner Viviane Reding, “The conditions of imprisonment fall under national responsibility. The aim of the Commission’s work should be immediately clear: we must better understand our respective systems and strengthen our mutual trust, in order to ensure effective implementation of the principle of mutual recognition and to increase efficiency in the area of European justice.”

The topics covered included access to justice in particular. The Agency recalls on this occasion the report it issued last March on this subject, in which it highlighted several issues that may deter victims from claiming their rights by taking legal action, namely the length of proceedings, the costs, the imposition of restrictive conditions on the capacity required to take action, or even the low amount of compensation awarded.

The European Data Protection Supervisor (EDPS) has published its 2010 Annual Report in which it finds that the European Commission has made significant progress on the path to a modernized legal framework for data protection in Europe.

However, it considers that a greater effort is needed to ensure effective protection of personal data in practice, and it sets a number of priorities, including revision of the Data Retention Directive, and the monitoring the implementation of aspects of the Europe 2020 strategy related to information technologies, such as “cloud computing”, eGovernment and the online implementation of intellectual property rights.

The first next generation free trade agreement (FTA) signed between the EU and an Asian country went into effect on July 2011. This is the agreement with South Korea.

This significant agreement removes major non-tariff barriers in all sectors and establishes a mechanism for dispute settlement. It is meant to serve as a model for negotiating other agreements of this kind in the region.

For the record: a European news section, updated on a bi-weekly basis, is available on the Europe page of the Fondation pour le droit continental website https://www.fondation-droitcontinental.org/jcms/c_9801/europe