To understand the value of such a publication, it suffices to recall the origins of the project, namely the response of German jurists to the publication in 2008 by the English Law Society of a leaflet entitled “England and Wales, jurisdiction of choice”. The promotion of the choice of English law and the choice of England as a jurisdictional forum to foreign CEO’s clearly challenged the quality of “civil” law or continental law. In response, the legal professionals and courts of Germany promptly issued, in 2009, a bilingual, German-English informational brochure promoting the advantages of German law. The leaflet, entitled “Law made in Germany”(LMG) was printed in 50,000 copies on the initiative of the Alliance for German law (“Bündnis für das deutsche Recht”), explains, from the standpoint of the economic efficiency of the law, the key legal concepts of the German legal in a manner that is accessible and has successfully attracted economic decision-makers. 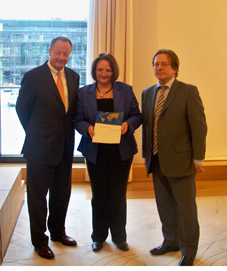 The partnership between the Fondation pour le droit continental and the Alliance for German law is driven by the logical follow-up to this initial German publication. Motivated by similar conceptions of the suitability and the effectiveness of the “civil” law, in 2010 the two organizations designed a joint brochure dedicated to the advantages of civil law, and is supported as to the French portion by the Conseil National des Barreaux [French Bar Council], the High Council for the Notarial Profession, the founding members of the Fondation, the University Paris II Panthéon-Assas, as well as The Association of Franco- German jurists.

How best to define and interpret this new brochure, the product of the combined knowledge and expert competencies assembled within the Alliance and the Fondation ? This leaflet is intended above all to serve as a tool for communicating on an international scale. To enhance an assessment of civil law, to lay out its principal advantages and to explain the means of its application form the heart of the content directed at non-lawyers, CEO’s and economic decision-makers. They are the ones with whom the choice of law applicable to the business contracts of the companies lies, and they should be encouraged to select continental and Romano-Germanic law, as should the legal professionals who provide legal counsel and defense of such contracts. 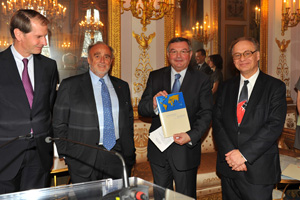 The brochure is some twenty pages in length, published in France in a French-English bilingual version and in Germany in a German- English bilingual version. Summary in form as well as content that is adapted to various media,, this brochure was designed for large-scale dissemination at the many national and international events organized by the legal professionals and foundations that have partnered in and supported this project.

The dissemination of the brochure is indeed the notion driving this initiative. The long and short term means involve a wider distribution and additional translations so as to incite more and more countries to adopt and relay the notion of the availability of diverse legal systems to the political,, economic and governmental decision-makers.

Web site dedicated to the publication of the brochure 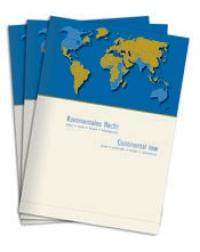 A translation of the Continental Law Brochure into Portuguese and Spanish is currently under way.