What is the Summer School of civil law ?

Meeting for Civil law and legal culture, this event will bring together in Paris, from July 6th to July 24th, over a hundred students and legal practitioners from all around the world.

Our ambition is to offer all participants a coherent body of courses to convey knowledge on continental law, as well as its evolution and its influence on the legal and economic structures currently under construction in the world.

The wealth of the Summer School lies in the quality of the education it provides and the diversity of legal cultures represented. We are particularly attached to the international dimension of this event, which makes it a marketplace and crossroad for ideas, legal cultures and knowledge that create privileged moments of gathering and debate.

The courses are available in three different languages: French, English and Spanish.

The program offers different courses all taught within the premises of the University Panthéon-Assas (Paris II), by eminent law professors and practitioners, with different fields of expertise and backgrounds.

The module will start up from the symetry of two major law evolutions and the link formed between them : from one hand, the high increase in power of Consitutional Courts within the contemporary constitutionals, jurisdictionals and political plans, and from the other hand, the even more demanding recognition of freedoms and human rights. It will assess the strategies followed by the courts to answer the society and individuals’ expectations, and sometimes adopted in difficult conditions or even during political crisis and democracy rupture. The course will give students the occasion to debate on the Courts’ role and the critics they are sometimes facing, especially on the democracy theories and constitutional law.

In this perspective, the module will study and compare the reasonings followed by the Courts, the theoreticals approaches and the constitutional interpretation methods, the legal techniques used and largely renewed within the contemporary period. It will do this based on a wide range of case studies, legal decisions and files extracted from established democracies and European and African countries in democratic transition. The legal precedents related to the public authorities’ organisation and regulation and related to individual freedoms and these « new » rights, politically sensitive for some of them and represent absolute societal and civilational choices, will be examined.

Several electives (choose 3 courses among the 5):

The environmental law is an expanding law with fields which tend to diversify themselves depending on the social, scientifical and technical advances. During this environmental law module, in view of the current and futur environmental challenges,you will study its definition, its main characteristics, its fundamental principles, and will consider the main legal tools applicable for fighting against different forms of pollution and the climate change, preserve the biodiversity and implement sustainable development, and finally the new types of  litigations (climatic, pesticides).

European and International Contract Law
The course deals with the topics of European Contract Law and International Commercial Contracts. As to European Contract Law, the analysis concerns the problematic aspect of the diversity of legal systems and the significance of the General Principles of European Contract Law as conceived by the Lando Commission. The action of legal science and the debate on a European Code of Contracts will be discussed, focussing on the issue whether the harmonisation of laws is deemed necessary to establish a single market within the European Community. As to the International Commercial Contracts, the inquiry explores the ratio and purposes of the UNIDROIT Principles for International Commercial Law. They undoubtedly have come to play a weighty role in the contemporary legal landscape, as numerous publications, but also numerous references in arbitral and judicial decisions and legislative projects reveal.
Digital law - Protection of personal data
Description will be added soon.
Intellectual Property
Can the taste of a cheese be a work protected by copyright? Is a human embryo patentable? Can the name of a spa town be a trademark for water? Such issues are tackled in this course, which aims to introduce students to intellectual property law, from an international and (continental) European perspective. First, the nature and the rationales of intellectual property rights (IPRs) are sketched out. Second, the main international agreements in the field are presented. Third, the four major IPRs – copyright, patent, trademark and design – are examined in further depth. The readings include a few recent judgments of the Court of Justice and the General Court of the European Union, which answer the above questions.
Settlement of international disputes
The course aims to provide students with a basic introduction to the theory and practice of international arbitration, the preferred method of dispute resolution in international commerce. It will familiarise the students with the framework of international treaties, national law and soft law instruments that undergird the international arbitral system, and introduce such key concepts in international arbitration, as arbitration agreements, place of arbitration, arbitrators, constitution of the arbitral tribunal, interim measures, arbitral awards, arbitration and state courts, among others. The course also intends to familiarize the students with the procedural aspects of the arbitration system organised under the auspices of the International Chamber of Commerce (ICC), which is headquartered in Paris.

If successful at the final examination, participants will be awarded a certificate of training in Civil Law by the University Panthéon-Assas (Paris II).

At the end of the three weeks, participants may become member of the Association of Friends for Civil Law (A2DC), and join the alumni’s network of the Summer School of Civil law. 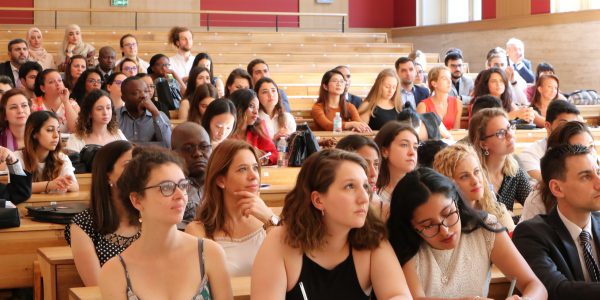 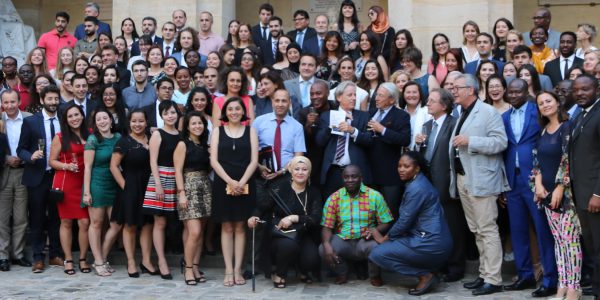 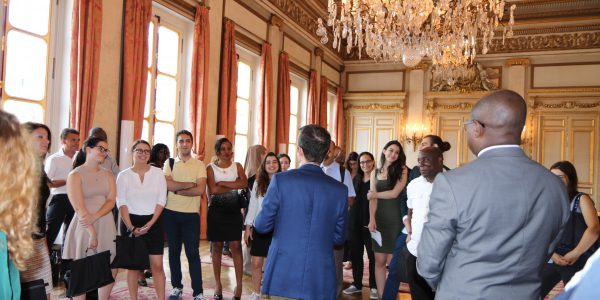 Visit of the Constitutional Court 3 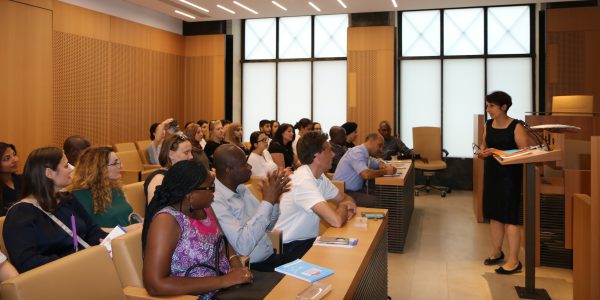 Visit of the Constitutional Court 2 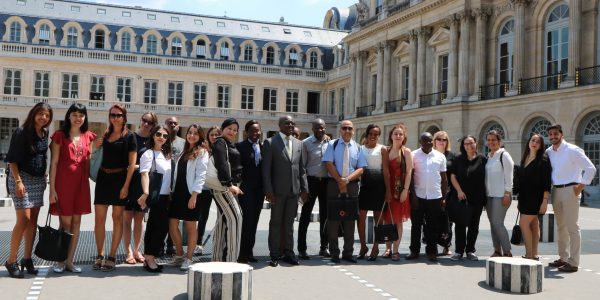 Visit of the Constitutional Court 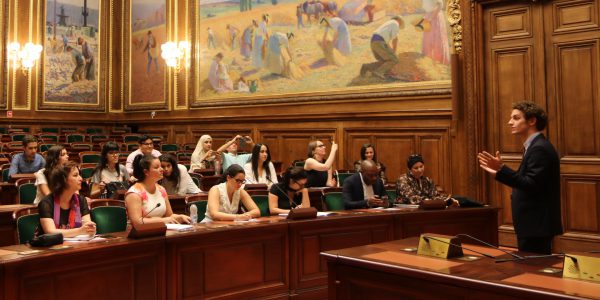 Visit of the Conseil d’Etat

The courses are taught in English, Spanish and French. Participants need to have a good understanding and use of the language they choose to take the classes in.

The registration fees include the classes, conferences, visits and cocktails. For the 2020 edition of the Summer school, the fees are the following:

The housing in the CIUP is currently limited to the first 50 registered.

Scholarships can be exceptionally granted upon justified request.

Application for the 2020 Summer School will open in the first quarter of 2020.

You can find all the information and news about this 2020 edition in our social medias pages.